Currently without a club and seemingly constantly miserable, Dutch football manager Aad de Mos has spent the last few days giving interviews in Belgium about the state of some of the teams in the Jupiler Pro League.

Questioning whether Leander Dendoncker was actually good enough to go to the World Cup or criticising Lukasz Teodorczyk for having ‘square feet’, the 71-year-old moaned to Sport/Foot about a number of things on Wednesday, including Everton’s Henry Onyekuru.

Despite being back from his knee injury just in time to try and earn himself a spot in Nigeria’s squad for the international tournament, the Everton loanee has yet to feature for Anderlecht in 2018.

Even when he was playing, however, Aad de Mos feels like he wasn’t doing enough to warrant a starting spot, mostly on the defensive side of things. 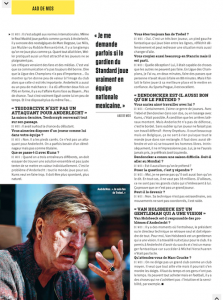 He said: “Anderlecht doesn’t have a defence. It’s a mess. Let’s not forget one player wasn’t doing his defensive work: Henry Onyekuru. He runs a lot, but in Belgium, it means nothing because everyone plays in their rectangle.

“You therefore have to defend and see where the free men are. Intrinsically, he doesn’t impress me. I would never have taken him. I preferred José Izquierdo”.

Considering the Colombian ended up moving to Brighton for more than £13m, a fee Anderlecht would never have been able to afford, that point isn’t really relevant.

Then again, moaning about Henry Onyekuru’s defending skills is also so 2017.