After the Evening Standard reiterated Tottenham’s desire to sign Ricardo Pereira last night, the Portuguese papers all went for it.

All the local outlets have something to say about the chase for the right-back today, most of them simply covering these reports from England.

But there are two who got their own information on the case. First it was O Jogo who claimed Tottenham made a €15m offer. That would be a strange approach, because Pereira’s release clause is only €25m, and’s pretty obvious that Porto won’t sell him for just over half of that.

But things became even more surprising when we opened Jornal de Notícias. They also claim there was a bid from Tottenham, but of only €12m. 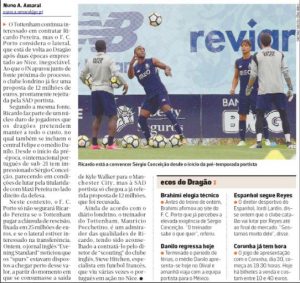 Tottenham are a rich club, Porto are one of the best sellers in Europe, and Ricardo Pereira is on a high. The story doesn’t make sense, but still, it’s interesting to see two different papers reporting a low initial offer.

Did someone at Porto brief that the offer was low, or basically half of what was needed? That’s what it sounds like.

In any case, Tottenham should be aware by now: it’s likely €25m or nothing, and they better do it before the player signs a new contract. 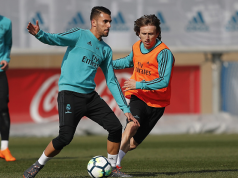 Arsenal have been ‘talking for weeks’ to secure signing, but other club have now ‘stopped everything’

Arsenal have been ‘talking for weeks’ to secure signing, but other...