Swedish journalist Daniel Kristoffersson believes Janne Andersson won’t select Pontus Jansson for the game against France on Friday. Jansson has been a regular in Anderson’s squad since he was installed as the Sweden coach, but the Leeds United star hasn’t yet played under his new coach.

Writing in his column for the Expressen, Kristoffersson discussed whether Andersson would make any changes for the game in Paris. Sweden have been hit with injuries in defence, but the Swedish journalist believes Jansson will again not start the game. He said when he met he got the feeling the Leeds United defender expected to be left out of the starting eleven.

However, Kristoffersson did say Jansson would be ready if Anderson needed to bring him into the team despite his worries with regards to the player.

“However, I say no to Pontus Jansson. I felt like he did not expect it himself when he came out to the mixed zone. But he will be ready for Janne should he choose to change the defensive line against France,” said the Expressen journalist.

Despite being overlooked by his country Jansson has been a revelation for Leeds United since joining from Torino in the summer. The 25-year-old has become a key player for Leeds United, and a leader in Garry Monk’s side. 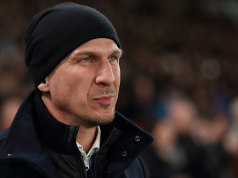