The front page of today’s edition of Mundo Deportivo has a story with a title ‘Pogba the desired’ as the Manchester United star has emerged as a target for Barcelona who are in the market for a ‘top’ player.

On August 1st, Tuttosport reported the La Liga winners’ technical secretary, Eric Abidal, met the France international at a mansion in Beverly Hills, which has been rubbished by the Catalan newspaper.

Ernesto Valverde has signed Arthur to strengthen the midfield, but has seen Andres Iniesta and Paulinho leave the club. The Camp Nou outfit are after a ‘top’ midfielder who is comfortable with both feet, strong and can create an impact in the final third and inside the opposition’s box.

They were chasing Paris Saint-Germain’s Adrien Rabiot, but are aware it will not be easy to take him away from the Ligue 1 club’s president, Nasser Al-Khelaifi. The situation has seen them turn towards Pogba, who fits the bill.

An earlier report from Mundo reported the World Cup winners’ agent, Mino Raiola has already offered his client to the Spanish champions.

The same publications now mentions the ex-Juventus star wants to leave Old Trafford because of his strained relationship with Jose Mourinho and that could be in Barcelona’s favour to sign him. 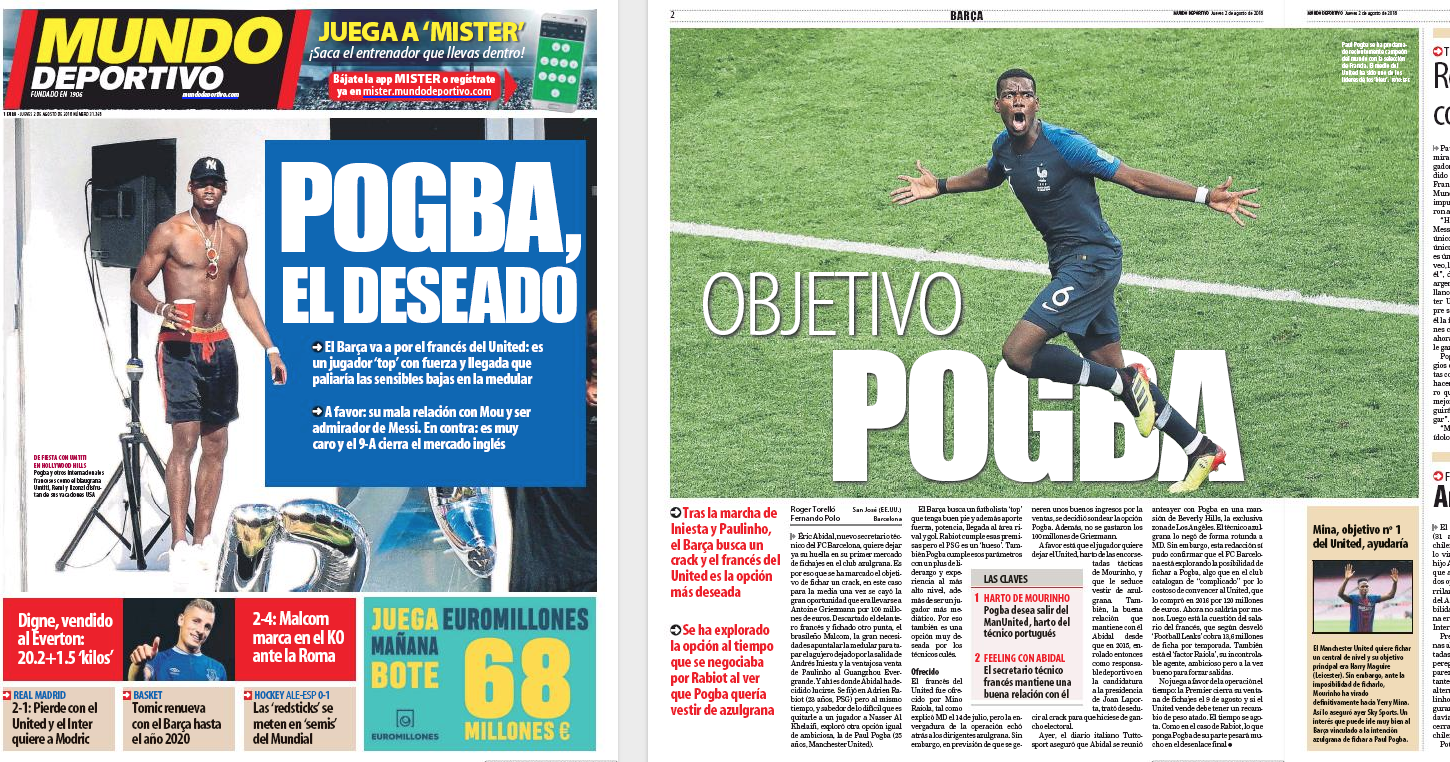 On top of that, Mundo Deportivo say Pogba is ‘fed up if Mourinho’s corseted tactics’.

In addition to this, the midfielder shares a good relationship with Abidal, who has funds at his disposal after they failed to land Antoine Griezmann.

Mundo Deportivo believe the midfielder’s price tag will be above €120m and his annual salary of €13.6m, along with transfer window in England closing on August 9th, makes it difficult for Barcelona to secure Pogba’s signature.