Wolverhampton Wanderers have received a glowing review from the Spanish press following their win over Espanyol on Thursday.

Nuno Espirito Santo’s side took a massive stride towards the next round of the Europa League with a convincing 4-0 win at Molyneux last night.

And unlike Liverpool, who were defeated 1-0 by Atlético Madrid on Tuesday, they received plenty of praise from the Spanish newspapers for their performance.

For example, AS claim they ‘devoured’ Espanyol with journalist Alberto Martinez adding that they ‘left no bones’ in their dismantling of the La Liga team.

Indeed Martinez was very impressed, saying Wolves ‘lived up to their name’ in a performance that saw them ‘run like gazelles and bite like lions’ while describing them as like ‘hyenas if there is a loose bone’. 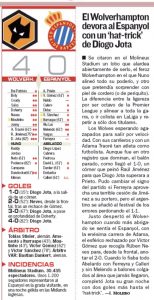 Sport went equally big with their appraisal, stating in their summary of the game that ‘we already know who the winner of the Europa League is’, which is some statement given the likes of Inter Milan, Manchester United and Sevilla are all still in it.

Marca, meanwhile, tone it down considerably but praised Wolves for their ‘lethal block in effectiveness’ and the fact they scored four goals from five shots on target.

All in all, a good night for Wolves on the pitch and in the Spanish press, who, as you can see, were very, very impressed by what they saw at Molineux. 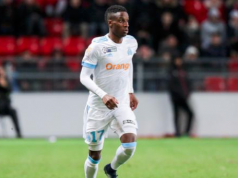 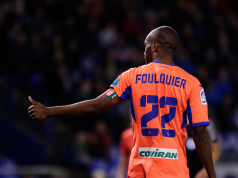