Dani Ceballos wants his long-term future to be at Real Madrid, which is why he wants to go out on a dry loan this summer.

Tottenham Hotspur and Arsenal have been credited with an interest in signing the Euro U21 winner.

On July 15th, we carried a report from AS, who sounded confident the midfielder will join the Champions League runners-up on a temporary deal.

Ceballos is included in the list and the report explains the 22-year-old has proposals from Spurs and the Gunners. 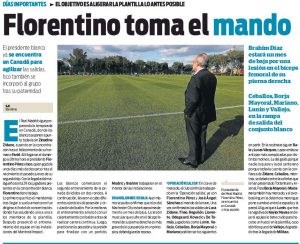 He is debating between the offers presented to him by Mauricio Pochettino’s side and the Emirates club.

There’s no indication in this report over which side he’s leaning more towards, although previous claims favoured Tottenham.