Wanting to try something outside of France after a successful spell at OGC Nice, Claude Puel decided to go to England, where Southampton and Leicester City gave him opportunities.

Both instances ended up with him departing rather unceremoniously, and while that might have affected his stock in the Premier League, his Ligue 1 prestige remains rather intact, as Nice-Matin report the 58-year-old is being lined up to replace Leonardo Jardim at Monaco.

The Portuguese manager, who returned for second stint at the principality club, hasn’t managed to turn things around beyond saving them from relegation last season, and the belief is another slip up in the league could cost him the same job for the second time in just under a year.

Their recent 4-3 home loss to Marseille didn’t go down well, especially since Monaco had worked their way to a 2-0 lead in the first 26 minutes, and those in charge behind the scenes are said to have met ‘multiple times in the past few hours’ to discuss a replacement. 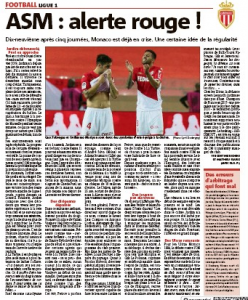 That’s when the former Leicester and Southampton manager’s name came up; a man who knows the club well, having managed both their reserves and the first-team (between 1999-2001) before moving to Lille, Lyon and then Nice.

Without a club since February after his King Power Stadium dismissal, Puel will likely be itching to return to football, and the opportunity and challenge of turning things around at the principality could be the exact thing he’s looking for.

He’ll just be hoping it goes better than his times at Leicester and Southampton.