Barcelona appointed Xavi Hernández as their manager last month and prior to his arrival, they made ‘significant progress’ in negotiating with players who will be potential free agents next summer.

This includes Chelsea’s César Azpilicueta Andreas Christensen, according to Sport.

The Spaniard’s arrival has seen the La Liga side ‘change priorities’ and transfer targets. However, the Camp Nou sporting leaders ‘do not want to give up operation Chelsea’ as they believe the Blues duo can be ‘very beneficial’ to the club in the future.

Both the 32-year-old and the Denmark international have their current deals expiring next June.

The Spain international and Christensen were ‘very advanced’ signing ideas until a few weeks ago. Sport say Thomas Tuchel’s men are ‘holding up an onslaught’ of Chelsea with ‘various’ renewal proposals. 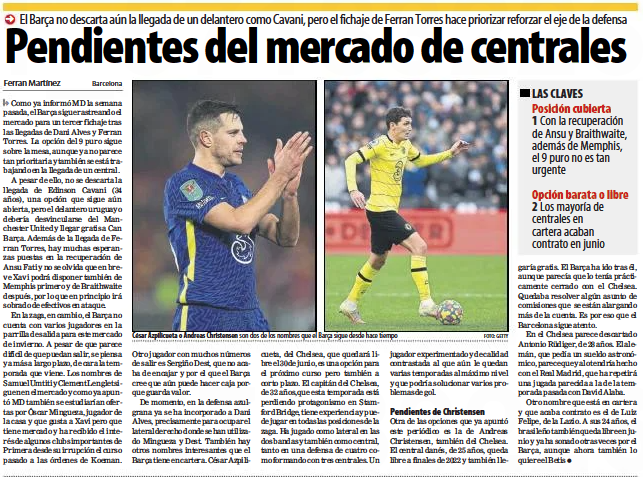 According to Sport, the two have received ‘very important offers’ from the west London club, but they are ‘more attracted’ to the Barcelona project.

Azpilicueta is viewed mostly as a right-back target and for the same position, they have Noussair Mazraoui, who also has a contract at Ajax until next June, as another target. Barca are concerned about the latter’s adaption and hence, the Chelsea star could be preferred.

Regarding Christensen, Sport say ‘everything would be almost done’ if the option to sign Juventus’ Matthijs de Ligt wouldn’t have appeared. The deal for the Dutchman will be expensive when compared with the Blues centre-back.

Barcelona’s coaching staff would prefer De Ligt, but the sporting leaders favour the Blues man because his signing would allow them to have more economic resources to carry out other deals.

As of now, nothing is closed and Xavi’s side don’t given up on the ‘operation Chelsea’. The Blaugrana would be hoping ‘conversations started long ago can bear fruit’ to sign both Azpilicueta and Christensen. 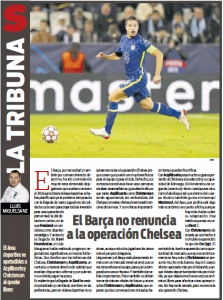 Barcelona looking at Azpilicueta and Christensen is also discussed by today’s Mundo Deportivo.

Xavi’s side are of the belief the former Marseille man’s experience and versatility can be of great value.

Regarding the 25-year-old, the report says it seems like he has ‘practically closed’ his renewal with Chelsea. However, there are some issues related to agent commission to be resolved. For this reason, Barcelona are ‘still attentive’ to Christensen.