Speaking to Fotbol Dirket, the 17 year old was asked about travelling to England to be put through his paces: “It was a year and a half since I was at Manchester City. I’ve been there twice. Then I was at Sunderland, and then Manchester United last Easter.”

Brolin added about this experience in England: “It was good fun to be over there. You could see how different the three clubs work and there are pros and cons with all three. It’s fun to compare with here at home in Sweden as well. It has been a good experience for me.”

Fotbol Direkt report Brolin participated in youth games with Manchester City, Manchester United and Sunderland, but as yet none of the English clubs have decided to take on the young Swede. 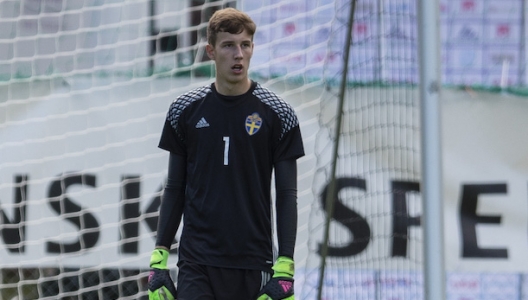 All three clubs have a history of Scandinavian goalkeepers, and recently Sunderland were linked with IFK Goteborg keeper Pontus Dahlberg.

However, Brolin still hasn’t broken into the Solna first team, and it seems he’ll have to make a name for himself with the Swedish club before he makes the next step in his career.