Sevilla defender Clement Lenglet has been linked with a move to Barcelona over the past few months and the transfer saga is likely to come to an positive end, if the reports from the Catalan newspaper Mundo Deportivo are to be believed.

They claim Lenglet has given the “yes, I want to” join Barcelona this summer. The centre-back is grateful to Sevilla, but an opportunity to make a switch to the Camp Nou is becoming too hard to resist.

Barcelona have proposed a five-year contract for Lenglet, but there was no mention of the wages. The Frenchman, through his agent, has decided to accept the “contract conditions” and is keen on joining Barca for next season. 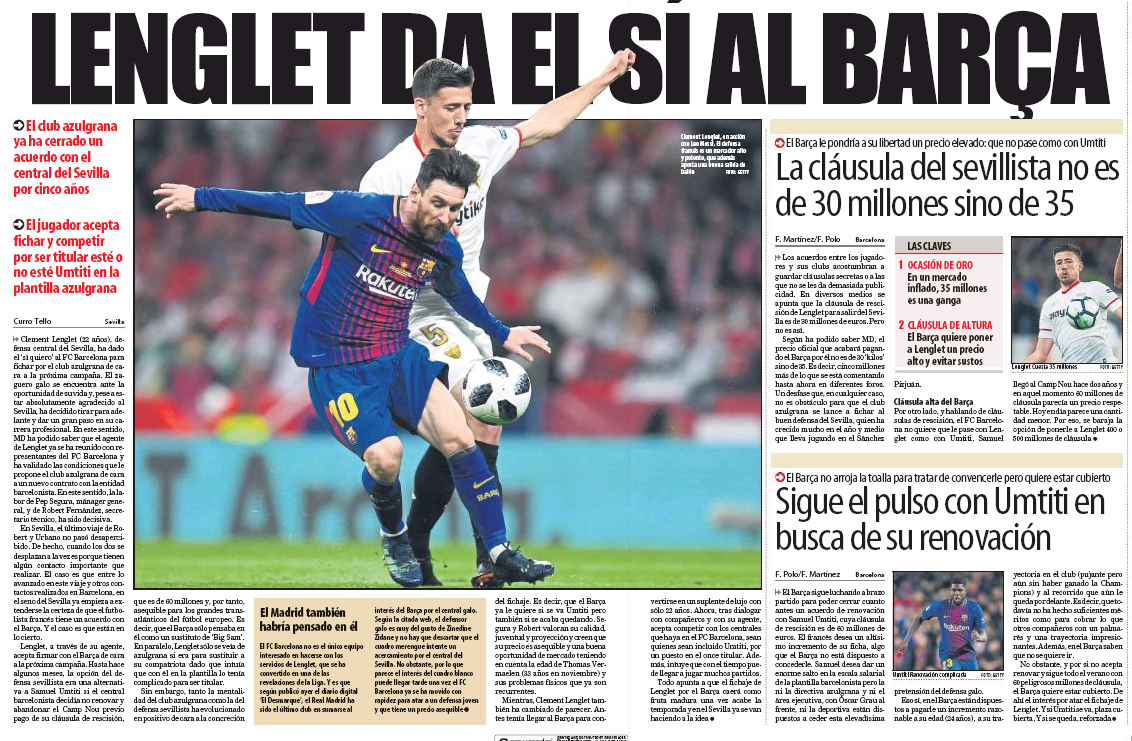 Earlier reports suggested Lenglet’s release clause at Sevilla is €30m. However, Mundo Deportivo have learnt that his actual release clause is €35 million. Barcelona will no trouble in meeting the player’s asking price in securing his signature.

On Tuesday it was claimed in the Catalan media that Barcelona would try and work a friendly transfer with Sevilla, so they can spread the payments, but there’s no mention of that today.