Way back in April, Sport Witness covered the worry in Spain about Carles Gil’s physical condition.

Gil was said to be pushing himself through the pain barrier, and yet still a groin issue was preventing him from taking to the pitch for Deportivo La Coruna. The worry was genuine for Aston Villa too, with regional newspaper La Voz de Galicia explaining Gil may need surgery, so bad was the groin issue.

The worst scenario for Aston Villa was an operation during the summer, and therefore no interest from anyone in signing Gil, especially on a permanent deal.

There was no permanent deal, and instead Aston Villa have loaned Gil back to Deportivo.

A week ago, there were claims in Spain that Deportivo have been avoiding an operation, with Gil instead training alone in the hope his groin injury suddenly gets better.

Tuesday’s edition of Marca says Gil has ‘barely been able to train all summer’ due to the groin injury, and is still not fit.

Marca claim the Aston Villa owned player suffered the injury at the end of last season, but that’s not entirely correct, with reports of him struggling with groin issues early this year.

This is a tricky situation for Aston Villa. Again, Deportivo have Gil on a loan so haven’t invested in the player’s long term future, this has already cost Villa a permanent transfer elsewhere this summer.

Even if Gil is able to return at some point in the near future, the likelihood of the issue flaring up again has to be high, considering that’s been the pattern. It’s even possible to trace Gil’s groin issues back to his early time with Aston Villa, and also playing for Spain’s U21 side. 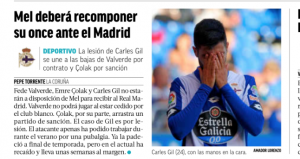 According to the British Medical Association’s sport injury bible, a groin strain requires about 4-6 weeks to heal. If surgery is needed, the lay-off can be 3-6 months.

From Aston Villa’s perspective, and the long term health and fitness of the player, surgery would have been better at the start and probably needs to be seriously considered now. 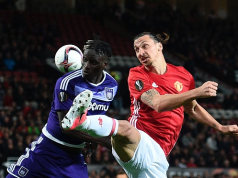