It’s not even six months since Patrick Cutrone swapped AC Milan for Wolverhampton Wanderers and the striker is linked with a return to the Serie A in the winter market.

Firoentina are chasing to sign the 21-year-old on a loan deal and Florence based newspaper La Nazione reported on Monday ‘there is an agreement’ between the Italian side and the frontman. Negotiations between the two clubs are said to be in progress.

If reports coming from AS are to be believed, the player has emerged as an option for Atlético Madrid.

Though the Wanderers man is not on top of the La Liga side’s wish-list, the newspaper have included him on their transfer list. 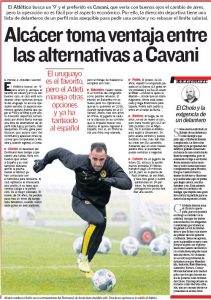 It’s claimed Cutrone is a ‘future player’ and his ‘search for prominence’ could facilitate a loan move in January.

However, AS makes it clear that it’s less likely for Diego Simeone’s side to sign him next month than other options.

Cutrone has made 20 appearances in all competitions for Nuno Espírito Santo’s side, but it includes only eight starts.