It was clear after having sold Pierre-Emile Højbjerg to Tottenham that Southampton were going to need a new midfielder.

The Dane had been a big part of their plans, and replacing him was never going to be easy for Ralph Hasenhüttl and his staff.

They looked around, and eventually settled, in the dying days of the window, to throw €15m at Stade Brestois’ Ibrahima Diallo.

That went through smoothly, but he wasn’t the only midfielder the club were looking at.

According to L’Equipe, Southampton were also keen on Lille’s Xeka, for whom the French club wanted €10m. 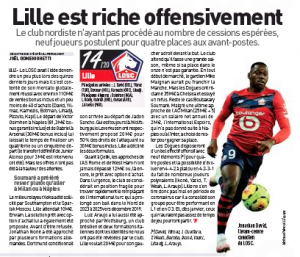 They were joined in this endeavour by Spartak Moscow, but these interests were said to be ‘in vain’, as that fee was never matched.

Lille also received offers of a loan with a view to buy, but they were flat out refused.

Either way, it gives you an idea of the ball park Southampton were looking in, and there will be hope securing the services of Diallo will prove a good buy down the line.