Home Premier League Arsenal “That would be nice” – Striker happy with interest from Arsenal –...
SHARE

Back at the start of the week, the German media reported interest from Premier League clubs in Wolfsburg striker Wout Weghorst.

It’s been claimed that both Arsenal and Newcastle United were keeping an eye on the 27-year-old, who’s never hidden his desire to play in English football.

Interest from the Gunners got most attention in the Netherlands, the player’s home country, and that’s why the local media went to ask him what he thinks of it all.

Interviewed by Bureau Sport (via VI), the player made it clear he’d be happy to join Arsenal, claiming it’s a club which would suit him very well.

“I would say, call them up, make them nice and warm, then it’s all right.”

Asked if he’d heard about the interest from the Gunners before, he said: “Yes. In the end, of course, I also made a clear career plan, mapped out a plan. But you always have to see how it goes.”

Wout Weghorst has 20 goals and five assists in 42 appearances for Wolfsburg this season. The German side signed him in a €10.5m move from AZ Alkmaar in 2018, and now seem to have a big sale in their hands. 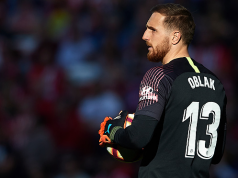 Newcastle could secure signing for €5/6m – Player given time off...

“There will be time to talk” – La Liga star quizzed...