A day later, Raiola mentioned Atlético Madrid, Chelsea and Liverpool, along with the aforementioned clubs, as options for the BVB striker.

In both of these discussions, the possibility of Haaland ending up at Manchester United was never stressed. That, however, has not stopped this week’s edition of SportBild to link the Norway international to the Red Devils.

The report takes a look at where the ex-Red Bull Salzburg man can end up next summer, when his reported €75m release clause will be activated,

Chelsea, who looked at the BVB frontman in the last window, already invested on Romelu Lukaku, while Real Madrid’s priority is to sign Kylian Mbappé. Haaland can replace the Frenchman at PSG, but a move to Paris ‘would only be an alternative’ for him. 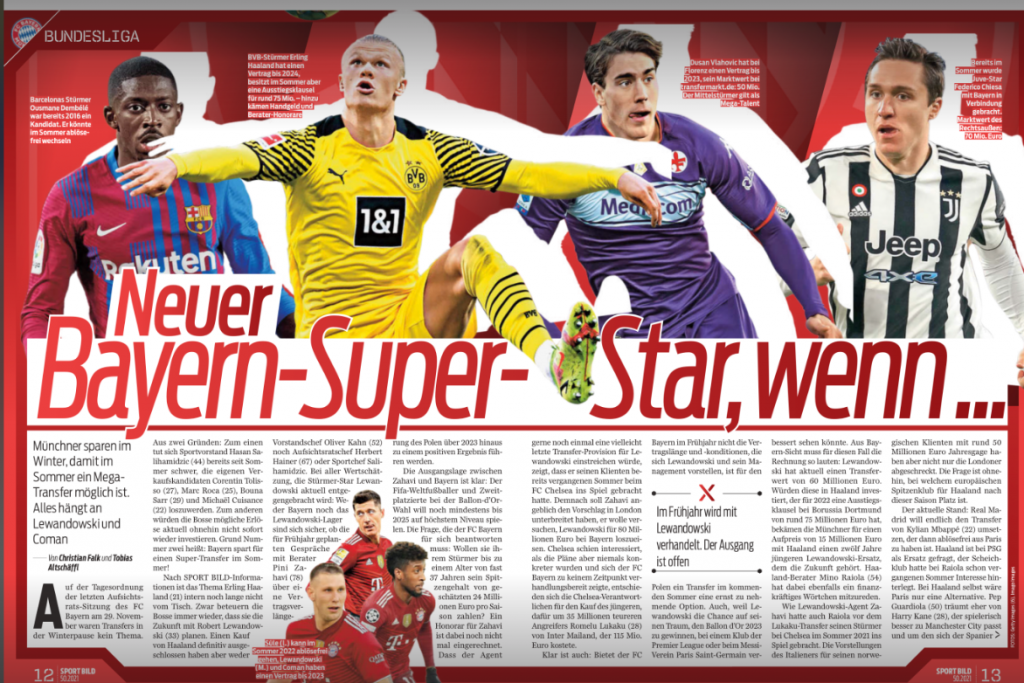 City, meanwhile, were keen on signing Harry Kane in the summer window. Despite the failure to get the Tottenham Hotspur striker, he still remains a ‘dream’ target for Pep Guardiola.

Raiola had also mentioned Bayern, but a move there cannot be considered as long as Robert Lewandowski is still at the Bavarian club.

With Chelsea strengthening the position, Real Madrid and City having other priorities, Barca struggling financially and the player not keen on PSG at the moment, SportBild say ‘only Manchester United are currently a serious bidder in Haaland poker’.

The report adds United’s possibility to land Haaland will depend on whether or not the Red Devils qualify for next season’s Champions League as this is important for the Norwegian.