Wesley Fofana swapped Saint-Étienne for Leicester City in 2020 and impressed in his first season in England.

The defender is yet to make an appearance this term as he has been sidelined since last August with a foot injury. However, that has not stopped him from being linked with a move away from the King Power Stadium.

Last October, But! Football Club stated Manchester United have emerged as a candidate for the 21-year-old.

A month later, the centre-back revealed Marseille, Real Madrid and Barcelona are among the clubs that ‘make him dream’.

Fast forward to January and Fofana is on the front page of today’s edition of Marca, as a surprise transfer target for Real Madrid. 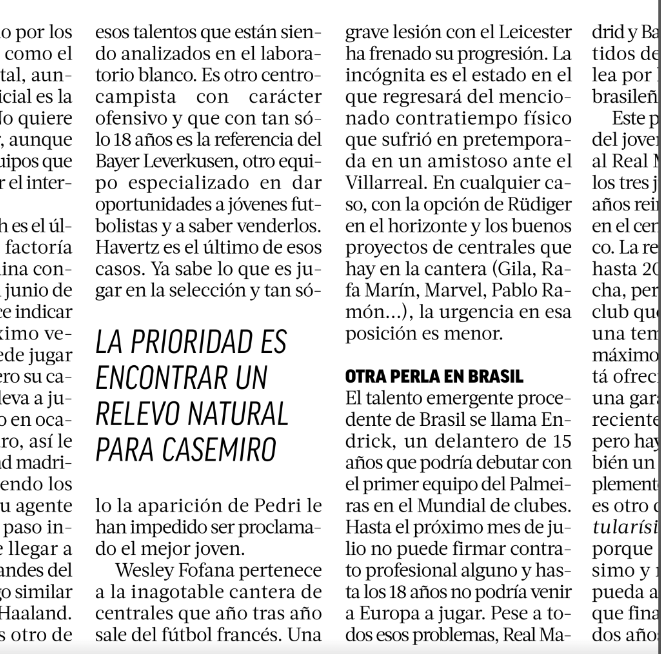 The La Liga side are monitoring young talents between the age of 15 and 21 and Brendan Rodgers’ man has now ended up ‘on the radar’ of Los Blancos.

Within the report, it’s said Fofana’s progress at Leicester has been hindered by the serious injury he suffered in the pre-season and it is still unknown how he will return from the setback. 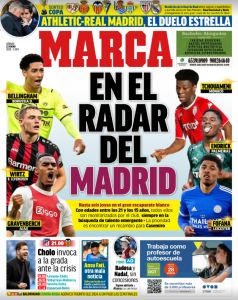 Carlo Ancelotti’s side also have Chelsea’s Antonio Rüdiger on their agenda, and he will be available on a free transfer, if he decides against signing a new deal with the Blues.

Real Madrid have Rüdiger on the target list and also have good options coming through their youth system. Therefore, the urgency to strengthen the centre-back position ‘is less’.

Although Fofana is on the front page of Marca, there isn’t anything concrete to indicate Real Madrid are going to make an effort to acquire his services anytime soon.