On December 13th, we covered a report from AS, who claimed that Leicester City have joined Leeds United in the race to sign Ibai Gomez and the two clubs ‘will make a bid’ for the Alaves winger in January.

The 29-year-old’s current deal with the La Liga outfit will expire after this season and he doesn’t seem close to signing an extension.

He also has a release clause of €10m in his contract, but a January move is likely to be cheaper.

Tuesday’s edition of Catalan newspaper Mundo Deportivo mentions the former Athletic Club Bilbao man’s exit in the winter transfer market is not ruled out so that his club can cash in from his sale rather than allowing him leave for nothing next summer. 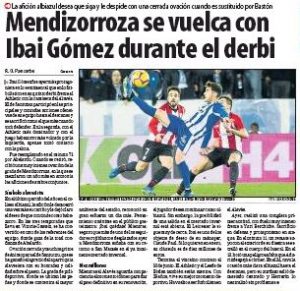 This is when the Foxes gets a mention in the report and it’s claimed the Premier League outfit are ‘closely’ following the wideman.

In addition to this, he said to be an ‘object of desire’ for Leicester manager Claude Puel during next month’s window.