One of the success stories of the Marcelo Bielsa era at Leeds United, Illan Meslier appears to have a bright future ahead of him.

The 20-year-old has become the undisputed starter between the sticks at Elland Road following a successful loan from Lorient last year, with promotion making the move permanent.

He’s since started all 24 games in the Premier League for Leeds, and while he has conceded 42 goals, a lot of that comes from Bielsa’s rather attacking tactics.

The stats certainly aren’t in his favour, but they overshadow what have been good performances from the youngster, who could, down the line, end up being in contention for the France national team.

Onze Mondial look at all the potential successors to the ageing Hugo Lloris (34) and Steve Mandanda (36), and while the Tottenham goalkeeper may still have a few years ahead of him, turning to the future now could be a solution. 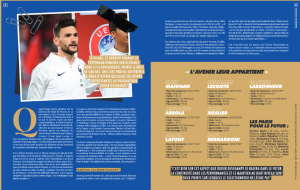 For Strasbourg goalkeeping coach Stéphane Cassard, Meslier’s role at Leeds is ideal for him, as he’s been thrown in at the deep end and is having to learn extremely quickly.

He said: “He’s going to get a huge amount of experience. It’s amazing for his development. What he’s living today, it’s a huge boost in terms of experience”.

With everyone at the club seemingly happy with Meslier and Leeds in no danger of returning to the Championship, we could be seeing the 20-year-old for years to come at Elland Road in the Premier League, and, hopefully for the player, in a France shirt if he fulfils his potential.