Home Europe ‘Everton seem to be on pole’ – Toffees considered in the lead...
SHARE

Everton ‘seem to be on pole’ to sign Denzel Dumfries from PSV Eindhoven this summer.

That’s according to Il Mattino, who say the player is someone that Napoli are looking at as well.

The newspaper explains that Dumfries is one of two ‘talents’ that ‘intrigue’ the Italian side as they plan to strengthen in the transfer window.

They’re keen on finding a new right-back, and Dumfries would fill that spot nicely, but there is a major obstacle, and that is Everton.

They ‘seem to be on pole’ for his signature, having been linked in the Netherlands over the last week.

Those reports indicated that Everton chief Marcel Brands was keen on Dumfries after seeing him in person during his time at PSV Eindhoven, and that could lead to a move to Goodison Park as the Blues need a right-back themselves. 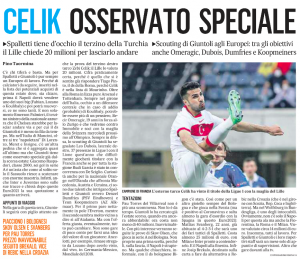 That link could give them an advantage in any race for his signature and Il Mattino certainly seem to think the same.

However, they do state that ‘with the right idea’, there is every chance Napoli could convince both him and Teun Koopmeiners to join them ahead of the competition.

When it comes to Dumfries it seems they feel Everton are leading the race, though, meaning they may have to step up their game and provide serious competition.