Home Europe ‘Only Everton on the horizon’ – Player isn’t swimming in options for...
SHARE

It’s no secret that Sami Khedira is currently looking for a new club, making it clear he has a preference to play in the Premier League.

The problem for the German midfielder is that while clubs are interested, no one has made the first move to acquire his services just yet.

Everton and Tottenham were two of the sides mentioned as interested, mostly due to the player’s past relationship with Carlo Ancelotti and José Mourinho, but Spurs are no longer in the running.

That’s according to Corriere dello Sport, who explain Khedira is ‘still looking for an opportunity in England’, with ‘only Everton on the horizon’ at the moment. 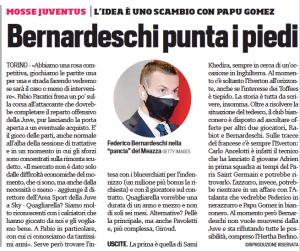 While that might sound promising for any member of the Goodison Park faithful currently hoping for the former Real Madrid player’s arrival, it’s also made clear ‘the interest from the Toffees is tepid’.

That suggests the interest is there, but he might be a last resort for Ancelotti and Marcel Brands, who could be looking at younger options on the market, like his teammate Adrien Rabiot.