After finishing 6th in the league last season, the Turkish side are looking to strengthen their squad this summer and Takvim reports the Super Lig club’s manager Fatih Terim wants to sign two midfielders.

The Liverpool player is seen as an option for Terim and they will look to bring in the Serbian before the window closes.

Its reported Gala officials have already opened talks with Grujic’s agent over a loan move, and they are keen to complete the signing of the 24 year old. Given their financial situation it’s unlikely they can purchase him on a permanent deal. 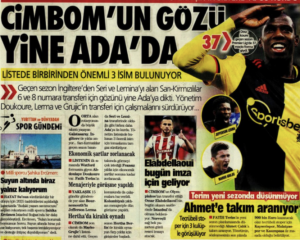 Grujic spent the last season on loan with Bundesliga side Hertha Berlin, where he made 29 league appearances, scoring four goals.

Reports from Germany on Sunday make it clear Hertha want to keep him, and they’d have several advantages over Galatasaray.

They’re prepared to sign him on a permanent transfer, Grujic knows the city, has mastered German, and has even bought an apartment in Berlin.