AS Monaco are keen on strengthening the midfield and Cesc Fabregas is their big name target.

On Wednesday, L’Equipe explains that along with his agent Darren Dein, who also manages Monaco manager Thierry Henry, the 31-year-old reached an agreement in principal with the Ligue 1 outfit on Sunday for a two-and-a-half year contract.

Dein returned to London on Tuesday, but that doesn’t mean the Spaniard’s move to Stade Louis II is off, because all the formalities have been cleared with Les Monégasques.

Now the former Arsenal star must only wait for the west London club to find a replacement for him and then he can complete a switch to Monaco.

Luckily for him, L’Equipe claims the Blues are ‘on track’ to find his successor as Zenit Saint Petersburg’s Leandro Paredes and Nicolò Barella of Cagliari are close.

For this reason, there is ‘no reason to delay’ Fabregas’ transfer to France and in return, the Premier League side will cash in €10m from his sale.

It is important for Chelsea to find a replacement for Fabregas and even their manager Maurizio Sarri has urged the club to bring in a new player. 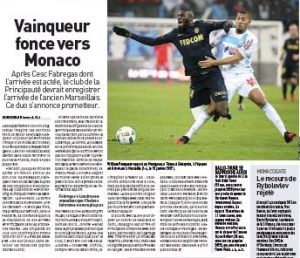 It also makes sense for the English side to strengthen the midfield in January, especially keeping an eye on the possibility of facing a transfer ban.

Despite L’Equipe’s claims, and those in England, completing deals for the two players mentioned doesn’t seem so close according to the media in Italy and Russia.