Even though Chelsea goalkeeper Eduardo was expected to leave the club after his contract expired this summer, it seems he’s actually signing an extension with the Blues.

The new deal is reported by Portuguese outlet Diário de Notícias this Thursday. According to a report on their website, the player’s contract has been extended for one further year.

But it still doesn’t mean he’s staying at the Stamford Bridge side. Because Diário de Notícia says that he’s actually being loaned to Dutch club Vitesse.

We know it doesn’t make much sense, especially because Eduardo is already 36 years old. So Chelsea will certainly have to explain that if confirmed.

Eduardo signed for Chelsea in a move from Dinamo Zagreb in 2016. But in these two years at the club, he hasn’t made a single appearance, and it looks like things will continue that way in case he really takes this loan to Vitesse. 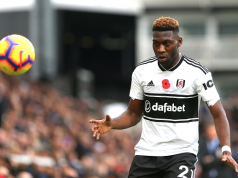