On January 20th, Mundo Deportivo explained Barcelona’s technical leaders will meet to discuss the club’s plans for the winter market.

The La Liga winners will be without Luis Suárez until April and, therefore, it’s stated bringing in a new No 9 will be a priority for them this month.

Arsenal’s Pierre-Emerick Aubameyang is on the front page of today’s Mundo Deportivo.

Within the report, it’s explained the Gabon international is the most liked player at the Catalan club. His contract with the Gunners expires in 2021.

Arsenal have endured a difficult campaign so far and as a result, they had to sack Unai Emery and replace him with Mikel Arteta as their permanent manager.

Results haven’t improved under Arteta as Arsenal are 10th in the table, 10 points behind fourth placed Chelsea. 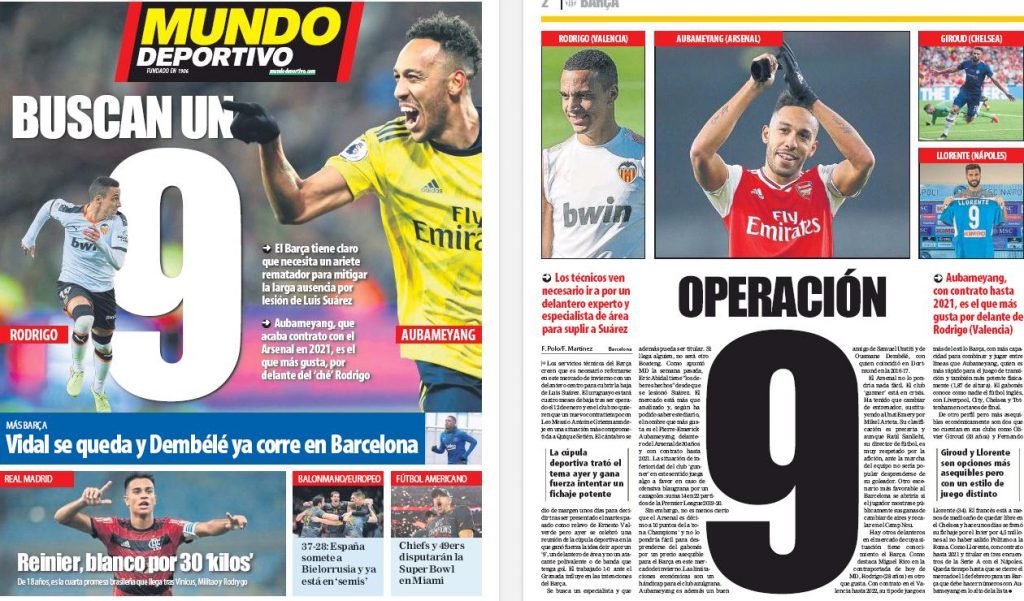 It would be difficult for Barca to get Aubameyang for an affordable price in January because of their financial limitations.

In addition to this, Arsenal would not make it easy because they are a club in ‘crisis’ and allowing their top scorer (14 goals in the league) to leave midway through the season would see a backlash from fans.

A scenario which would favour Barca is if Aubameyang publicly comes out and says he wants a move away from Arsenal. It’s unlikely the forward will take this route.