Despite rejecting an advance from Everton, Rachid Ghezzal’s future as a Lyon player still hasn’t been cleared up.

The 24-year-old now has a decision to make: either sign a contract extension with the Ligue 1 club or run down his contract until the end of next season and leave on a free.

As things stand, reports in France suggest the player could be tempted by Lyon’s offer, but there were also rumblings on Tuesday that Arsenal were ‘moving in the shadows’ to try and land Ghezzal, according to France Football.

Well, according to Le10 Sport on Thursday, Arsenal haven’t made any move for the winger as of this time (which isn’t that much of a surprise), even if they could be keeping an eye on his development this season.

Considering Arsène Wenger’s priorities at this moment in time are a striker and a centre-back, a new creative player might have to wait for a bit.

Maybe January? If he hasn’t signed a new contract by then, he’ll be available for nothing, and we all know how much Arsenal love a good bargain.

It’s also very possible Arsenal’s name was used to put pressure on Lyon to up their contract offer. It wouldn’t be the first time. 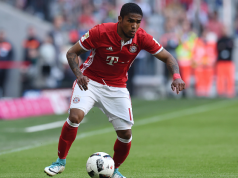