Real Madrid’s Dani Ceballos spent last season on loan at Arsenal and his performances in 2020 convinced the Gunners to sign him again this summer.

Mikel Arteta has publicly expressed his desire to bring the midfielder back to the club on more than one occasion.

On Monday, LaSexta journalist José Luis Sánchez reported the 24-year-old will join the north London club on loan, and the two clubs are carrying out the final negotiations of the temporary deal.

AS have backed up the claims made by LaSexta and provide further information about the operation. 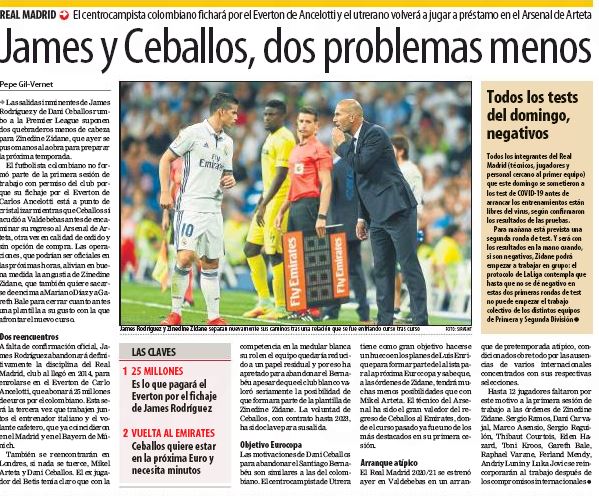 The Spain international has already given his approval to return and the La Liga winners will allow him to join Arsenal on a loan deal, which will not include a purchase option.

Real Madrid and the English club are ‘finish outlining’ the final details of the deal, and the agreement between the two clubs is ‘advanced, but not yet closed’.

It’s claimed Arteta is one of the ‘main supporters’ of Ceballos and the manager has had a ‘decisive influence’ in convincing both the player and Arsenal to try for another season on loan.

Ceballos was not included in Zinedine Zidane’s plans last season and AS add that hasn’t changed for the upcoming campaign. 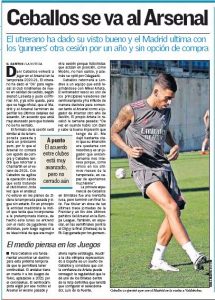 According to Mundo Deportivo, Ceballos’ desire to go elsewhere has been key to his temporary exit from Real Madrid.

The player is aware his chances of featuring regularly are better in London than Madrid, and he needs more playing time in order to improve his chances of making it to next summer’s European championship with Spain.

Mundo state Ceballos’ dry loan move to Arsenal should be made official in the next few hours, if there are no last minute surprises.