According to outlet O Dia, the bid was made on Thursday following a contact from the Cottagers’ CEO Alistair Mackintosh. The positive reply was given on Friday morning.

Reporter Venê Casagrande writes that Muniz has even received the papers from the Championship side already, and now prepares to complete the move, which only depends on a document to arrive at the Brazilian club.

Fulham’s latest bid on the table was of €4m up front plus €4m in a second instalment. They’re letting Flamengo keep 20% of a future transfer.

Casagrande writes that Flamengo also had an offer from Middlesbrough, and actually weren’t confident that Fulham would make a bid for a permanent transfer, as the Whites’ first offer for a loan with an option to buy had been turned down.

However, with the ‘distrust’ from the Rio de Janeiro side, Mackintosh called director Bruno Spindel to sort the final details.

It’s said that Flamengo tried to convince Muniz’s representatives of taking Boro’s offer, as the Riverside club had put on the table €5m and would let them keep 50% of a future move. However, the player and agents chose Fulham instead.

The striker is set to join the Cottagers on a five-year deal, with a ‘very good’ salary.

Yesterday, we covered all the details of his chat with Marco Silva, which had also been revealed by Venê Casagrande. 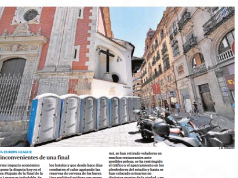