Wolverhampton Wanderers have had their eyes set on Sporting’s João Palhinha for some time.

On Friday, Correio da Manhã reported the midfielder is now ‘closer’ to the English club and the option to sign him has been approved by Bruno Lage.

Wolves star Rúben Neves has been linked to clubs in England and Barcelona for a while now.

Saturday’s edition of Record claimed Neves’ move to Spain could open the door for Palhinha to make a switch to Molineux. The latter has ‘long been followed’ by Lage’s side

It’s also explained that Palhinha has long been dreaming about making a switch to the Premier League. The option to join Wolves could help him fulfil it. 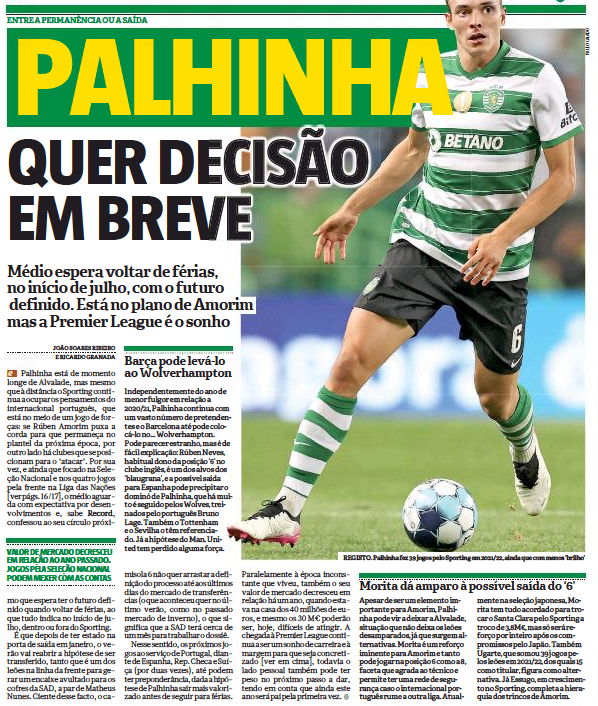 Correio da Manhã also have an update on the Sporting player today, with a title: ‘Palhinha closer to Wolves’.

Within the report, the newspaper states the English club have ‘practically defined’ they

will sell Neves and are therefore looking for a successor.

This is where the Sporting man fits in. It’s further explained the option to bring Palhinha to the club has been endorsed by Lage.

Wolves can be the Portuguese player’s ‘most likely destination’, and the ‘deal depends on’ their ‘offer reaching the desired value’ of €30m set by Sporting.