Arriving in the United Kingdom on a free from Marseille, André Ayew was sold a year later by Swansea to West Ham for a hefty fee of £20m.

After all, the forward had enjoyed a relatively good season with the Swans, and few were that surprised by the amount the Hammers were willing to pay.

However, after injuring himself in his first game and struggling to find his form again under Slaven Bilic, it appears the Ghana international is looking for a way out.

That is, at least, is what France Football were reporting on Monday, as they claimed the 27-year-old has been ‘scratching at Marseille’s door’ recently as he tries to emulate Dimitri Payet with a big move back to his former side. 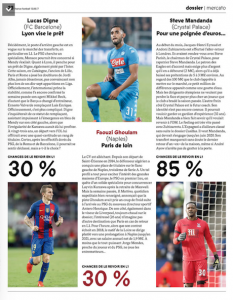 Unfortunately for him, it appears that the Ligue 1 side aren’t all that interested, as the potential return of Steve Mandanda is expected to be the last in the series of ex-players being given a second go in the south of France.

Plus, after the mess that was bringing Dimitri Payet back, we doubt Marseille and West Ham are going to do new deals anytime soon.