Home Premier League Arsenal “A few weeks ago, he was going to Tottenham, Arsenal” – Agent...
SHARE

Hector Herrera’s future continues to be completely undefined. The Porto midfielder, who’s becoming a free agent in the summer, seems to have many offers to join other European sides, but isn’t accepting any of them for now.

The Mexican international has been linked to several clubs in the past year, with Arsenal and Tottenham Hotspur getting a mention a few times.

Now the latest claims have said he would be ‘one step’ from joining Atletico Madrid. It was AS who reported the story, saying the player would be a request from manager Diego Simeone.

Portuguese newspaper Record has covered the claims, and managed to speak to Gabriel Moraes, Herrera’s agent, who didn’t really want to feed any kind of speculation. 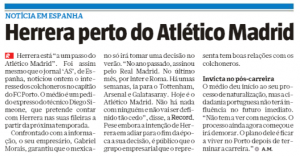 “Last year he signed for Real Madrid. Last month, for Inter and Roma. A few weeks ago, he was going to Tottenham, Arsenal and Galatasaray. Today it’s Atletico Madrid. There is nothing with anyone and it will not be decided anytime soon,” Moraes told Record.

While Herrera is still deciding his future, he continues to seek titles with Porto. He’s captained the team in 47 matches this season, and now likely leads the squad to his second straight Portuguese league title. 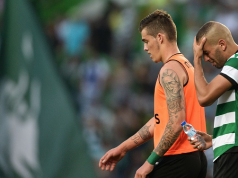 ‘More precisely Tottenham’ – Player has preference for Spurs move where...