It was expected that Leander Dendoncker wouldn’t be in the current Belgium squad.

His place under Roberto Martinez certainly wasn’t nailed on, and even for the last international break there were suggestions the Wolves man wouldn’t, or shouldn’t, be involved.

So given how little game time Dedoncker has had under Nuno Espirito Santo so far, it’s no surprise he’s been left out this time around.

It’s all had a reaction in Belgium, where, for some time, Dendoncker hasn’t seemed the most popular footballer among the country’s media, for whatever reason.

The summer transfer from Anderlecht to Wolves is dubbed a ‘bad career choice’ by Belgian newspaper HLN this weekend. According to this version of events, Dendoncker originally turned down Wolves but then when no better English offers came in, he agreed to the transfer.

HLN state: ‘That Wolverhampton is unofficially in the hands of the well-known Portuguese agent Jorge Mendes – the agent of, among others, Cristiano Ronaldo – did not really care for Dendoncker. He should have known something better. Under coach Nuno – another client of Mendes – the Portuguese are kings at Wolves.’ 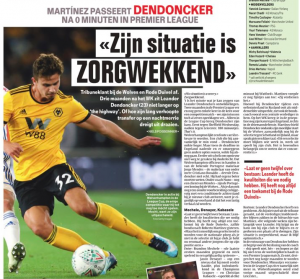 Fans would obviously disagree with much of that, and it’s early days yet.

Nuno hasn’t been changing his team, and whether Dendoncker is Belgian, Portuguese or Martian won’t make any difference if it’s clear he should break through at some point this season. 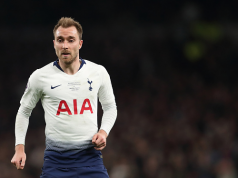