Even if he did play a few games in the cups this season under Jürgen Klopp, Pedro Chirivella decided it was time to leave Liverpool for pastures anew.

His contract at Anfield was running out this summer, but instead of returning to his home country in Spain, the midfielder decided to give Ligue 1 a go, signing a three-year deal with FC Nantes.

Presented by his new club on Thursday afternoon as well as training with them for the first time, Chirivella did take some time during the press conference to talk about his decision to leave Liverpool when he did.

The 23-year-old said, relayed by Ouest-France: “Liverpool is the biggest club in the world with the best players in the world. I learned a lot because I arrived at 16. I don’t regret my choice, I wanted to see how it was. I had very good managers in Brendan Rodgers and Jürgen Klopp. They helped me develop. I’m happy to have been to England”.

However, it wasn’t all roses for the player, who struggled to make a name for himself in the first-team and never quite managed to prove to Klopp he should use him more.

Chirivella continued: “Not playing, that was hard for me. I didn’t want to stay on the bench and just be a training player. I could have stayed there a few more years, but I decided to leave and take this good opportunity. I needed a new start. It was time to leave, to grow as a footballer and as a person”.

As for why he chose Nantes, the former Liverpool man said it was a chat with ex-Manchester United full-back Fábio that convinced him to choose the Ligue 1 club.

He expanded: “After our chats, I decided to come because there’s a very good project. One of the main reasons was the manager’s style, one that suits me perfectly. Nantes are a very big club in France. Many very good players come from here. It’s a good opportunity.”

‘Impatient’ to start his new adventure, Chirivella also made it clear he was aware this was perhaps one of his last chances to really kickstart his career after so many years with Liverpool’s U23s.

Either way, one thing is certain: “I’m very excited”. 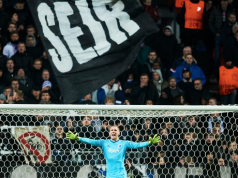