Newcastle United are ready to make a move for Aaron Ramsey in the January transfer window and aren’t afraid to match his wage demands.

That’s according to Tuttosport, who say the Magpies new owners are ‘not scared’ by the Welshman’s €14m gross salary.

Ramsey is out of favour at Juventus, who are keen to get rid of the midfielder and, more importantly, get his wages off the books.

The feeling is mutual, and the Welshman has been linked with a return to the Premier League as a result.

Several sides are thought to be considering a move, including Newcastle, who are expected to spend big after their takeover by Saudi Arabia’s Public Investment Fund.

And according to Tuttosport, Ramsey is one of the players who are being ‘courted’ by the Magpies.

Their new owners are ‘ready to spend’ and are ‘certainly not scared’ by Ramsey’s €14m a year wages, which it seems they would be happy to match. 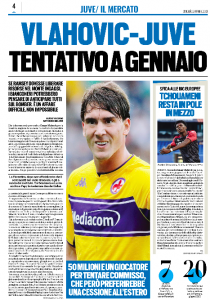 There’s no mention of Juventus getting a fee from Newcastle, although it would probably be low given Ramsey is out of contract in the summer, and they’re keen to get rid.

Indeed, they’re already eyeing up a move for Dusan Vlahovic with the money they would get from getting rid of Ramsey and his wages.

Newcastle then seemingly have no obstacles in the way, unless, of course, Ramsey doesn’t fancy the move to the North East.