Newcastle United are the ‘most likely’ destination for Aaron Ramsey in January, with Juventus keen to get rid of the Welshman if they can.

That’s according to both Tuttosport and Gazzetta Dello Sport, who cover the lengths Juventus are willing to go to get Ramsey off their books next month.

The Welshman is out of favour under Max Allegri, who has given up any hope of integrating him into his team this season.

A departure in January is now inevitable, with both parties happy to make it happen, so long as it suits them.

For Juventus, that means getting Ramsey’s wages off the books and opening up space in the finances, but for Ramsey, it is finding a club where he will be a regular and still earn as much as he does in Turin.

Newcastle could facilitate both of those demands, and according to Tuttosport, they are the ‘most likely hypothesis’ for a transfer at this moment in time.

They say that the Magpies’ newfound wealth and ‘desire for big names’ but inability to attract the ‘stars of the first magnitude’ make the likes of Ramsey an ideal target.

There is an issue, though, and that is his wages, which at around €7.5m per year are high, to say the least, and make an operation ‘not easy’.

They’re the principal reason Juventus want to get rid as doing so will get them a saving of around €20m if they can avoid a settlement to let him go on a free.

That may not be plausible, though, and Gazzetta even go as far as to suggest that the maximum the Bianconero can hope for is a loan deal in which they pay part of Ramsey’s wages. 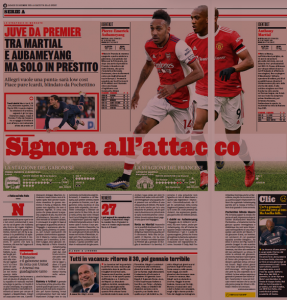 That would still free up funds and would also open a foreign space in their squad.

Such a deal may also suit Newcastle better,  although that isn’t stated explicitly.