Inter Milan have strongly moved back into the picture for Romelu Lukaku on Wednesday.

There’s been various reports from Italy about new meetings between people representing the two clubs, and new offers to try and get a deal done.

All parties involved want the transfer to happen.

Romelu Lukaku has made no secret of his desire for a move to Italy, and has allegedly been AWOL from training this week, staying fit by working out with Anderlecht in Belgium.

His future at United would potentially be very rocky if no move was found.

FC Inter News, who are pretty good on their chosen club, report that a new meeting has brought an offer of €75m plus a further €8m in bonus payments from Inter. There’s a suggestion it could even reach €78m plus the bonuses.

There’s optimism a deal will happen, and the ‘Yes’ is ‘expected’ from Manchester United’s Ed Woodward. 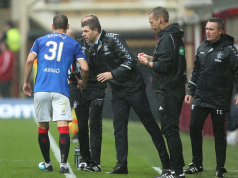