Divock Origi’s late goal against Wolverhampton Wanderers not only helped Liverpool pick up three points at Molineux, but also saw the Merseyside club overtake Chelsea in the league table.

The Reds moved to second spot, one point ahead of third place Chelsea and are trailing league leaders Manchester City by a point.

Origi came off the bench to score the winner in stoppage time and with that, he has now taken his tally to four goals and two assists in nine matches.

Jürgen Klopp was in full praise of the Belgium international after his side’s win against Wolves. When discussing the striker’s lack of regular minutes at Anfield, the Liverpool coach said he is ‘hopeful’ the 26-year-old finds a manager who will use him more than him.

These comments are relayed by Het Nieuwsblad, who also report a message the player received from Roberto Martínez. 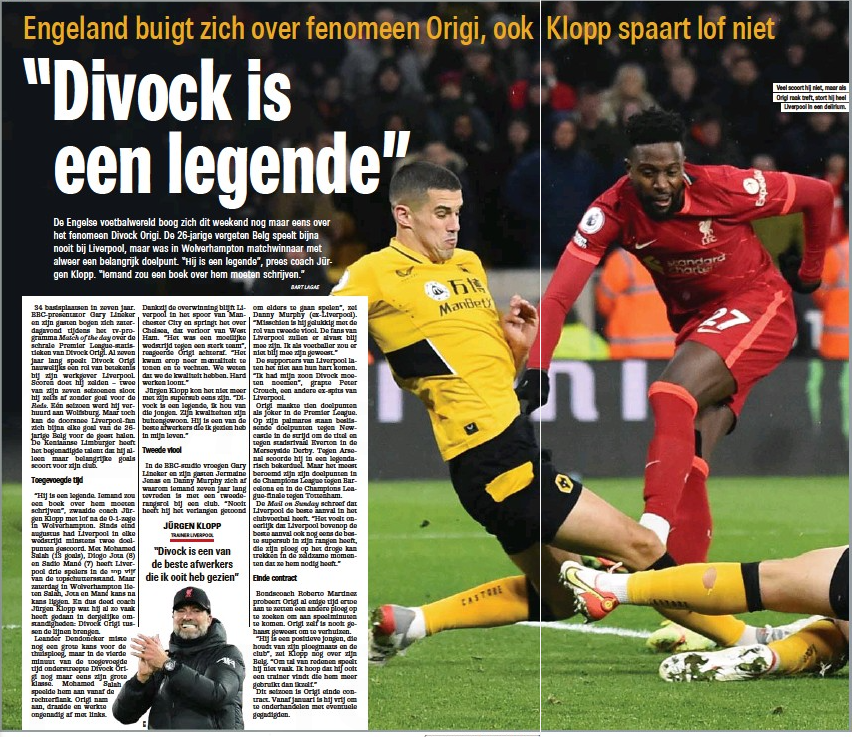 It’s claimed the Belgium manager has been ‘trying for some time, to encourage Origi to look for another team’.

Unfortunately for the former Everton manager, the player was ‘never in a rush’ to leave Liverpool, with whom he has a contract until the end of the current season.

From next month, Origi is free to negotiate with ‘potential candidates’, to join them as a free agent next summer, provided he doesn’t renew his contract at Liverpool.

Everton exit be completed today – Negotiations ‘finalised’, player ‘not yet made a clear decision’

“If I were him, I would go” – Player urged to become ‘pillar’ of Manchester United’s ‘resurrection’

Everton exit be completed today – Negotiations ‘finalised’, player ‘not yet...