Mundo Deportivo now claims the Welshman would be open to leaving the La Liga winners this summer.

It’s reported the north London club ‘seems to be the chosen destination’ of the 31-year-old, although Manchester United are ‘still very interested’ him.

His high annual salary [€15m] has seen Spurs try to convince Los Blancos with different formulas for a transfer. One of the options would include using Dele Alli as a ‘bargaining chip’.

José Mourinho is a great admirer of the player, and the Tottenham manager is ‘insisting’ Daniel Levy signs the club’s former star. Mundo added the ex-Chelsea coach is ‘key’ for Bale’s signing for Spurs. 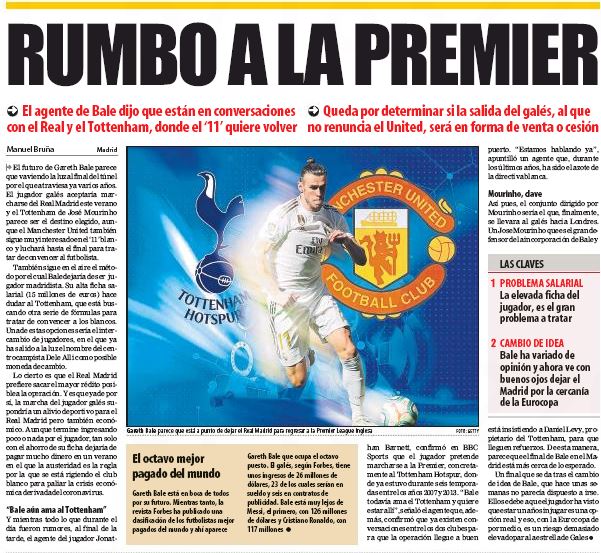 AS state Real Madrid have not ruled out the possibility of Zinedine Zidane’s man joining United, even after his agent opened the door for his client to join Tottenham.

However, they add Barnett’s comment makes it clear the Wales international’s choice is to join Mourinho’s side.

Bale spent six years with the Premier League club, and still has a house in the English city. The player knows the club and city very well, and prefers London [Tottenham] as a destination over Manchester [United]. 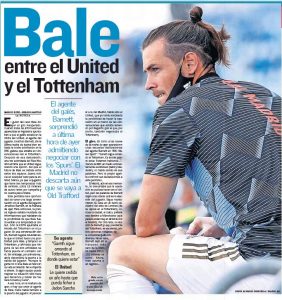 Apart from this, the relationship between Barnett and Levy is ‘excellent’, and this could also be vital in helping the player return to Tottenham in the final weeks of the window.

Both Mundo and AS stress Bale prefers Spurs over United, but neither of them explain how he will be allowed to leave Real Madrid.

The forward still has two more years left on his contract with the Spanish club.