Adam Buksa left Polish side Pogoń Szczecin for New England Revolution in January 2020 and has been shining for them this year, managing 16 goals and three assists in 30 matches.

The striker’s impressive performances helped him make debut for Poland in September and he continued his club form for the national team, scoring four goals in five matches.

He also drew attention from Leicester City. Last month, journalist Mateusz Borek reported the Foxes scout watched him in action for his country against England.

Brendan Rodgers’ side keeping an eye on the 25-year-old is now backed up by Gianluca Di Marzio.

The Italian journalist gave a lengthy interview to Polish newspaper Przegląd Sportowy and he discussed about Buksa when talking about his brother, Aleksander, who is currently plying his trade with Genoa. 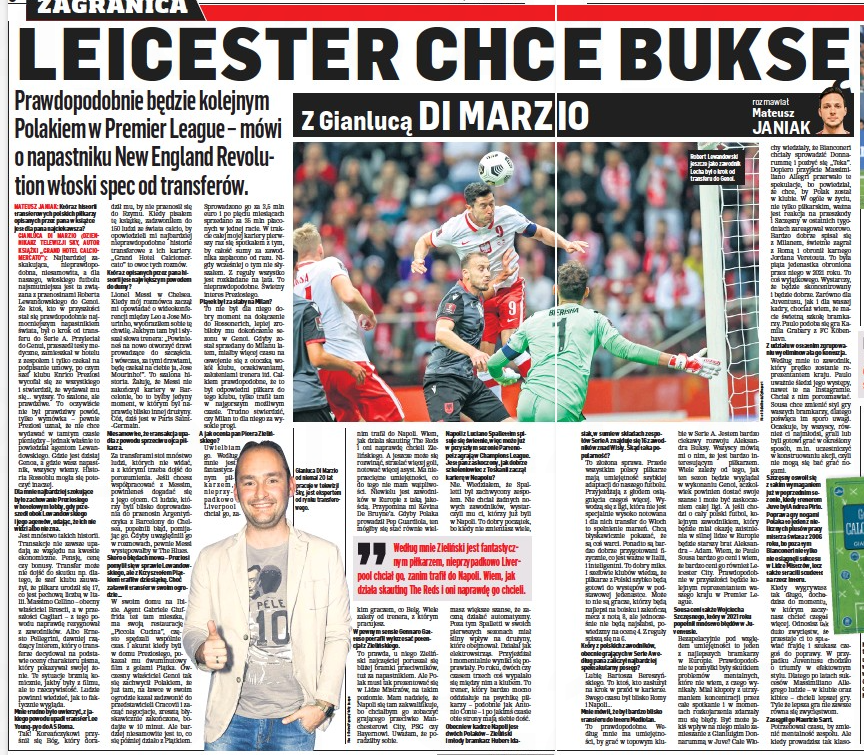 “I am very curious about the development of Alexander Buksa. Everyone tells me he’s a very interesting footballer. A lot depends on how this season will look like at Genoa, but he should get his chances and may be a surprise for the whole league,” Di Marzio said.

“And as for the whole Polish football, the next player who will have the opportunity to appear in a strong league in Europe will be Alexander’s older brother, Adam.”

“I know that Paulo Sousa values [Adam] him very much and I know that Leicester City also values him very much. Probably in the future, he will be the next representative of your country in the Premier League.”

According to Polskie Radio 24, Leicester are not the only club chasing Adam Buksa. They state FC Augsburg and AS Monaco are also looking at the attacker.