Leicester City are one of the clubs keeping an eye on Sassuolo’s Domenico Berardi, as per reports coming out of Italy today.

After months of speculation, the Serie A side saw Manuel Locatelli leave the club to join Juventus on Wednesday.

A day later, Corriere dello Sport are reporting the Black and Greens ‘also risk losing’ the 27-year-old, most likely in the ongoing window.

The Italy international has Leicester, AC Milan and Borussia Dortmund ‘on his trail’, and these three clubs will look at the forward, if he decides to leave his current employer.

It’s claimed the player ‘seems to aspire to a different stage’, suggesting he’s open to the idea of making a move elsewhere, and CdS add Sassuolo’s ‘goal is to cash in’ close to €40m, if there’s a farewell. 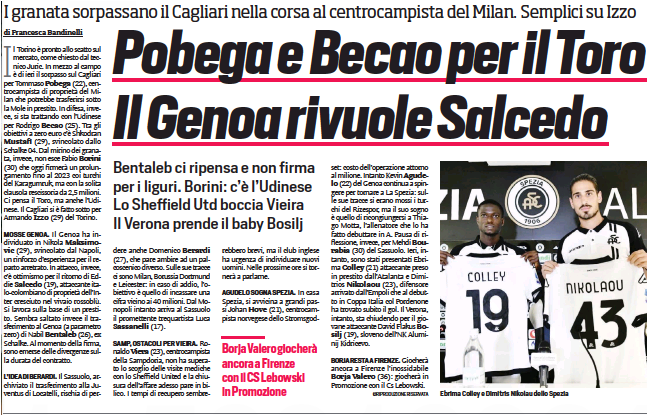 Even if Leicester and other clubs are keen to sign Euro 2020 winner, Sassuolo CEO Giovanni Carnevali has insisted his side will not consider allowing Berardi to leave the club this month.

“But no offer has formally arrived for him. We will not consider any negotiations in any case. It took us two months to sell Locatelli to Juventus for 37.5 million, and now there are less than fifteen days to go in the transfer market. There would be no time and in any case Berardi has an even higher economic value for us,” Carnevali was quoted as saying by Corriere della Sera.