Transfer rumours relating to Fulham during the current transfer window have overwhelmingly been about players potentially arriving at the club.

Claudio Ranieri has made no secret of his desire, almost desperation, to get new faces in at the club and the Italian manager wants to add experience to his squad.

Fulham have been linked with moves for endless defenders, as clubs and agents likely see an opportunity to make some money from the Premier League side, and the Cottagers themselves move from target to target.

It’s slightly reminiscent of the club’s old chase for a striker which seemed to last for several windows during their Championship days.

Outgoing, it’s Fabri getting a lot of attention, and a potential return to Turkish football.

Stefan Johansen has also been linked with a move.

Now L’Equipe report that Floyd Ayité is being ‘followed closely’ by Bordeaux with relation to a January transfer. The 30 year old has played 161 minutes for Fulham in the Premier 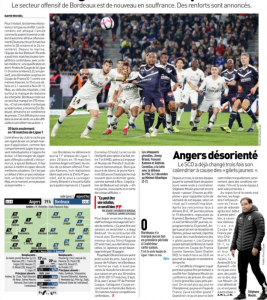 What goes against him is that during his first spell with Bordeaux, the city he’s from, he didn’t do too well.

It wouldn’t be a great loss for Fulham and would give the French club a roll of the dice and the player a fresh start.