On December 18th, we covered a report from Mundo Deportivo, who claimed that Manchester City ‘want to sign’ the Ajax star duo of Matthijs De Ligt and Frenkie De Jong.

He claims that sources close to the Etihad outfit have made it clear that they are not interested in completing double transfers for the two Netherlands internationals as City are only focused on De Jong.

Pep Guardiola has already held talks with the midfielder on several occasions and is trying to convince him to join him at City. 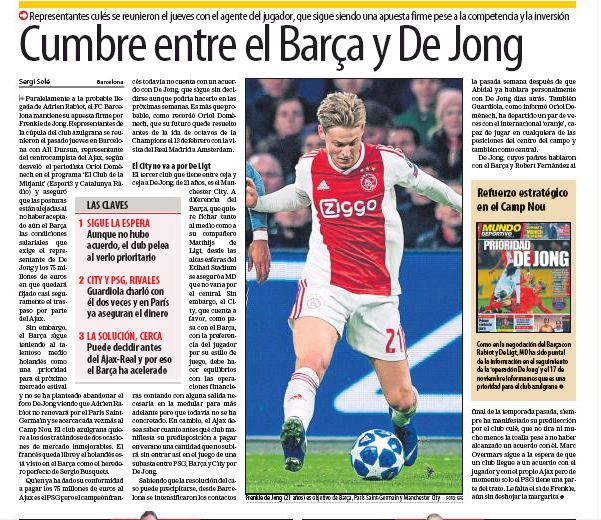 The English club and Barca’s style of play are similar and now it is for these two clubs to find a financial balance to complete the operation.

Domènech claims the La Liga winners met the 21-year-old’s agent Ali Dursun and his client is the priority target for the former next summer.

However, they will face competition from Pep Guardiola’s side and PSG as the latter has already agreed to pay €75m to the Eredivisie club to secure De Jong’s services. 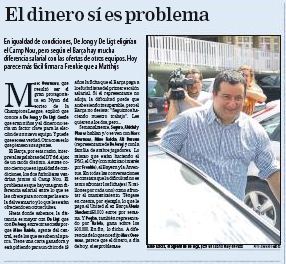 Meanwhile, another journalist, Miguel Rico, writing for Mundo mentions in the last page of the newspaper that City have ‘maximum interest’ in signing De Jong from Ajax.