Chelsea were keen on signing Jules Koundé in the summer and made an offer to Sevilla, which was confirmed by their sporting director, Monchi.

The Blues submitted a €50m bid, less than Manchester City had offered a year earlier, and the proposal was rejected by the La Liga side. The west London club didn’t return with an improved offer, resulting in the 23-year-old staying at the club for one more season.

Koundé put the disappointment of a failed transfer behind him and is starting to shine again for Julen Lopetegui’s side. The defender’s performances have now seen him become the third most highly rated player in La Liga as per CIES Football Observatory.

This has been highlighted in today’s edition of ABC Sevilla, who explain how the centre-back had to overcome his failure to seal a switch to Stamford Bridge.

The newspaper provides a background into how Sevilla reacted to the offer made by Thomas Tuchel’s side. 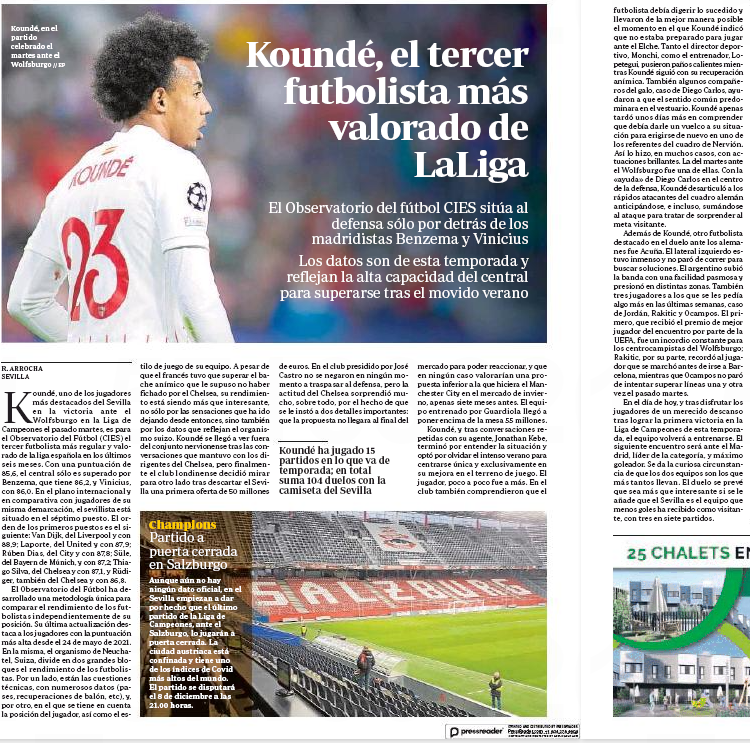 The first was when the proposal was tabled, which was towards the end of the window, leaving Sevilla with less time to react [finding a replacement for Koundé].

The money offered [€50m] is another reason, which was less than the bid [€55m] tabled by Manchester City. Neither of these proposals came close to Sevilla’s demands.

ABC Sevilla state: ‘Koundé, and after repeated conversations with his agent, Jonathan Kebe, ended up understanding the situation and chose to forget the intense summer to focus solely and exclusively on his improvement on the pitch.’