Aurélien Tchouaméni is becoming a regular in Marca.

The AS Monaco midfielder is considered a target for Los Blancos, and there’s now multiple articles a week on the Frenchman’s potential signing.

Saturday’s edition of the newspaper mentioned the 21-year-old, as it covered a potential swoop for Manchester United’s Paul Pogba. With the older midfielder’s contract expiring at the end of the season, he’s again being linked with Madrid, although there doesn’t appear to be much in it at this stage.

The report explained that there’s pros and cons when choosing between the pair, with the Manchester United player’s repeat injuries going as a negative against him.

Sunday’s Marca concentrates on Tchouaméni, and serious competition from Chelsea. 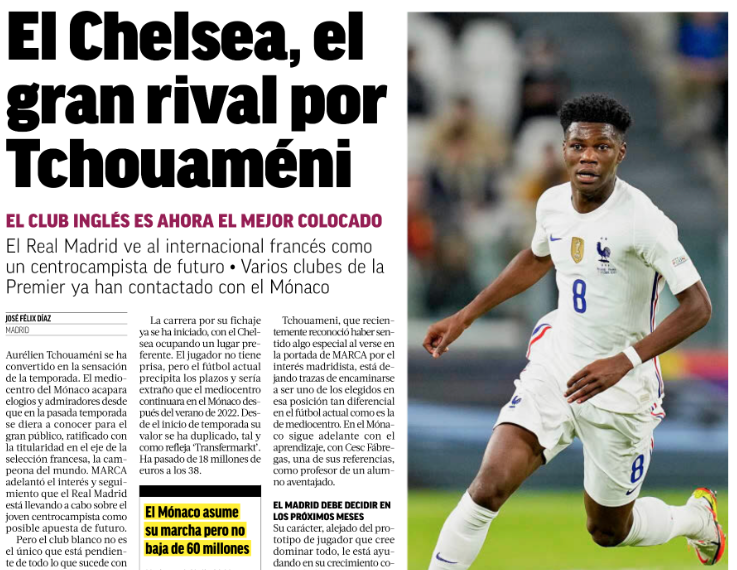 The youngster is described as the ‘sensation of the season’, and there’s now a ‘race’ forming to sign him.

As far as Marca have it, it’s ‘Chelsea in the lead’ after those in charge at Stamford Bridge became so impressed with the midfielder’s progress that they elevated his case to ‘urgent’.

Chelsea have a ‘preferential place’ in the race forming, believe Marca, and that will make the signing more difficult for Real Madrid.