Former Leeds United sporting director Nicola Salerno could be reunited with his ex-boss Massimo Cellino at Elland Road after claims he’s set to quit Watford. Salerno spent a year with Leeds United during the 2014/15 season.

Italian journalist Alfredo Pedulla has revealed Salerno is ready to turn his back on Watford despite only being with the Premier League side for a season.

Salerno was brought in last summer by the Pozzo family as Watford’s oversees consultant, which resulted in a number of Italy based players arriving at the club.

Salerno is expected to make a decision on his future in the coming hours, and if he were to leave Watford a return to Leeds United could be on the cards.

It’s been claimed contact has already been made between Salerno and Cellino with regards to a surprise return to Leeds United. The pair have a close relationship going back to their time at Cagliari, and with Cellino keen to bring in a sporting director this summer a deal could happen.

Leeds United have also been linked with Francesco Marroccu in recent weeks after he quit Ascoli earlier this month. 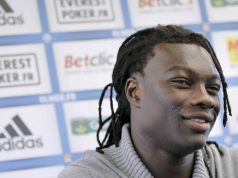