Home Europe Valverde not ‘delighted’ with Barcelona signing, he and club’s leaders marching in...
SHARE

Barcelona’s last win in all competitions came against PSV Eindhoven in the Champions League and having played three matches in the league since, they now face Tottenham Hotspur at Wembley.

Mundo Deportivo journalist Miguel Rico explains that Ernesto Valverde was not enthusiastic with a few of the club’s summer transfer business and today’s edition of the newspaper looks at the situation.

Malcom arrived at the Camp Nou from Bordeaux and the La Liga winners had to beat AS Roma to secure his services, despite the latter agreeing a deal with the Brazilian’s former side.

His first match in the Blaugrana shirt was the preseason friendly against Spurs, but he’s now been left out of the squad for the trip to London this week for the European tie as the 54-year-old was not ‘delighted’ with his employer’s decision to sign the winger.

An injury forced Malcom to miss the majority of the fixtures in September and he’s only played 25 minutes in the league across two appearances this season.

It’s claimed that the lack of playing time is another sign that the former Athletic Club Bilbao manager does not rely on the 21-year-old and indicates that Malcom was a signing made by the club and not requested by Valverde.

Mundo also points out another decision taken by technical secretary Eric Abidal and his team when they decided not to bring in a left-back after allowing Lucas Digne to join Everton.

It was then suggested that Juan Miranda and Marc Cucurella would fight for the back-up spot, but the latter was allowed to join Eibar on loan, while the former is yet to make an 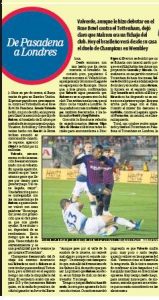 appearance for the first team.

Even though it’s only October, the impression is that Valverde relies ‘very little’ or does not rely on the club at all as things stand, the sporting leaders at Barcelona and Valverde are now moving in opposite directions, believe Mundo.

It should be seen whether the situation will improve in the coming weeks or months as there is still time for the coaching staff and Abidal’s camp to ‘walk together’. 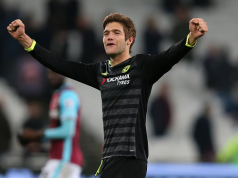