Aston Villa have joined the race to sign to Bologna youngster Amadou Diawara, according to claims in Italy. The 19-year-old was one of the standout players for the Serie A side last season, which has brought him to the attention of other clubs.

Italian journalist Gianluca di Marzio has in the last hour claimed Aston Villa are the latest club to show an interest in Diawara, and have tabled a bid in the region of €17m to sign the young midfielder before the deadline.

Despite this bid, Diawara would prefer to remain in Italy, with Napoli and AS Roma both tracking the player. Diawara will now take some time to think over his future before making a decision over whether he will leave Bologna or find a new club.

The youngster has been a regular in the Bologna starting eleven since he arrived last summer from San Marino, and was a key factor in the club consolidating their place in Serie A following their promotion the previous season.

The 19-year-old has already been compared to Manchester City star Yaya Toure in the Italian media after impressing in his first season in Serie A.

The youngster has also been tracked by Chelsea and Manchester City in the past 12 months. 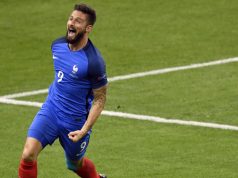