After securing Jordi Alba’s long-term future earlier this month, Barcelona have shifted their focus to bringing in a backup for the Spain international.

Last week, Mundo Deportivo were looking at various targets and one of them was Nacho Monreal and it was then explained the Blaugrana believe the left-back ‘fits the profile’.

Another Catalan newspaper Sport now brings their own update on the Gunners defender and it’s claimed the 33-year-old is one of the best placed candidates to make a switch to the Camp Nou.

The former Malaga man ‘already knows’ about the interest from the La Liga winners and would be happy to complete a transfer so that he can place himself under the guidance of Ernesto Valverde.

With Alba’s presence, it is unlikely that any incoming left-back will be first choice player at Barcelona. Monreal is aware that he would be the substitute to his compatriot and is said to be ready to accept the role. 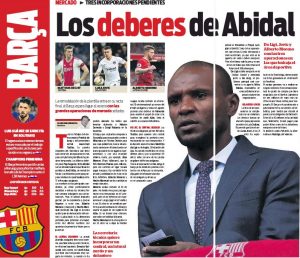 However, Sport reports that Alberto Moreno of Liverpool is now ‘in the pole’ to become Alba’s backup at Barcelona.