The information has been spread by several outlets by now, so let’s start with those who claim it to be from their own sources. And that’s Doble Amarilla.

They say that in case of promotion to the Premier League, Marcelo Bielsa’s side would have between €60m and €80m for signings.

River Plate defender Lucas Martinez Quarta is said to be the ‘priority’, while Racing’s Matias Zaracho is an alternative, even though they don’t play in the same position.

Since that report, several outlets, especially websites related to Racing, started sharing the information. But no one seems to have more details on Leeds United’s chase for now.

Quarta is seen as one of the biggest prospects in Argentine football, and has even been linked to a couple of Premier League sides this season. Regarding Zaracho, Racing fans make it clear that he’s protected by a €22m release clause. 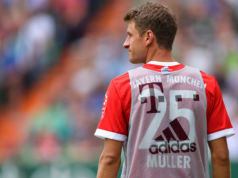 Brighton have had offer for striker turned down – Club demanding...