With under two weeks left in the transfer window, it’s squeaky bum time for a lot of clubs as they try to hold onto their stars all the while trying to bolster their squad.

Among those are Fiorentina, who know full well a big offer for Federico Chiesa could come at any time, and there needs to be a plan if he does end up leaving.

Thankfully, they have one, and one of the names on the list should the Italian exit Florence this year is Watford’s Gerard Deulofeu.

The Hornets’ star has been linked with a move away from Vicarage Road all summer despite his injury, and the player himself has made it clear he could leave for greener pastures following the club’s relegation to the Championship.

No real offers appear to have arrived just yet, but that could change, especially if Fiorentina have to sell Chiesa.

Corriere Fiorentino explain those in charge at the Serie A side ‘would be ready to turn’ to either Rodrigo De Paul, currently at Udinese, or Deulofeu, but the favourite remains Hertha Berlin’s Krzysztof Piatek. 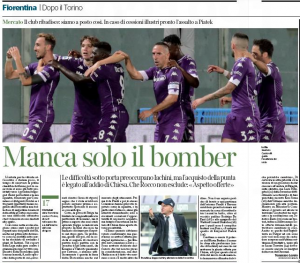 One of the reasons for that, at least according to the newspaper, is because it’s ‘not easy to negotiate with Pozzo’.

However, none of this has happened yet, and it’ll take something big to convince Fiorentina to sell Chiesa in the first place.

Then again, crazier things have happened in the dying days of a transfer window, so no one is really safe.