Leicester City’s interest in Roma defender Juan Jesus is something that popped up in the Italian media in the past 24 hours.

On Thursday night, several websites dedicated to the Giallorossi started covering claims from Sky Sport regarding the chase.

And this morning, newspaper Corriere Dello Sport comes up with a bit of information on the Foxes’ will to sign the Brazilian.

They say Juan Jesus is actually closer on a move to Cagliari, but is also ‘tempted’ by Brendan Rodgers, who wants an experienced defender for Leicester City. 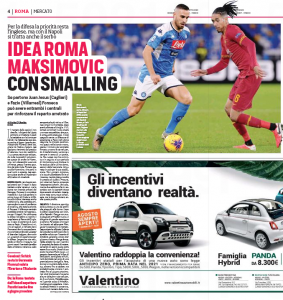 That’s all they have to say for now, with no information on how much Cagliari are offering, or if the Foxes are coming up with a bid soon.

Roma are willing to bring fresh defenders to the squad, and that’s why Juan Jesus’ departure isn’t a problem for them.

It’s not said how much the Giallorossi are demanding for the player, although that shouldn’t be a lot, since his contract expires next summer.